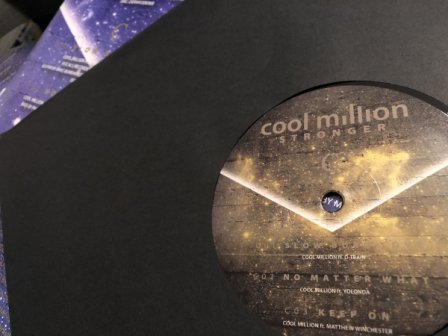 In August COOL MILLION released their ‘Stronger’ album… a celebration of their ten years at the top of the modern soul scene. One of the key cuts was ‘Skintight’ with vocals from Rachel Matthews. At the back end of 2019 it won remix status via the Cool’s own Rob Hardt who gives the original Boogie Back production a proper 90s vibe.

Now there could be a whole new ‘Skintight’ remix on the way. The Cool Millionaires have revisited the cut giving it an authentic Jimmy Jam & Terry Lewis flavour – no bad thing I hear you say! Yes, it does work wonderfully but Rob and Frank can’t decide to make it commercially available…. the Man From Del Monte says yes… we’ll keep you posted!