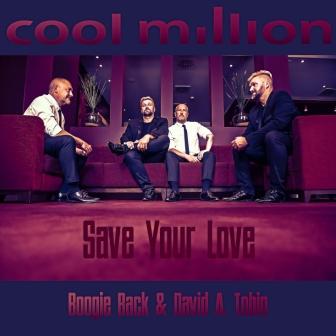 This year the COOL MILLION team – Frank Ryle and Rob Hardt – are celebrating a big ten years of crafting their ab fab, infectious blend of retro soul and modern vibes. Over the last ten months or so they’ve released some choice singles and we’re promised a 10th anniversary album very soon!

In the meantime, they’ve released a brand new single which shows that over the last decade they’ve lost none of their verve, vitality and knowledge and respect for the modern soul groove. Said single is the ultra catchy ‘Save Your Love’ which features US soul man David A. Tobin on vocals alongside extra production input from the Boogie Back collective.