STANLEY CLARKE IN THE UK THIS MONTH! 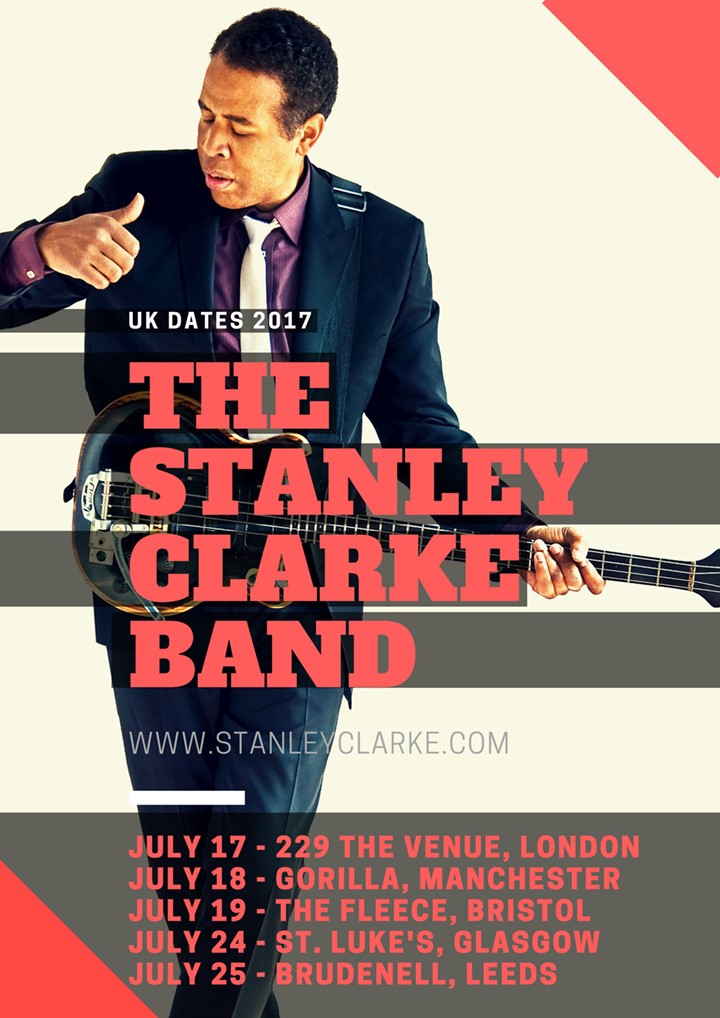 Legendary bass player and composer, STANLEY CLARKE, comes to the United Kingdom in July as part of an extensive European sojourn. The ex-Return To Forever man plays five nights on British soil. Beginning in London at 229 The Venue on July 17th, he ventures north to Manchester (The Gorilla, on the 18th), then goes down to the west country and plays in Bristol (at The Fleece on the 19th). After that he proceeds up to ‘bonny’ Scotland to play in Glasgow (St. Luke’s on the 24th) and concludes his first ever British regional tour back in England in Yorkshire, where he’ll be appearing at Brudenell Social Club in Leeds on July 25th.

Accompanying Stanley will be pianist, Beka Goshiashvili, keyboardist Cameron Graves, and drummer Michael Mitchell. The 66-year-old bass player is working on a new studio album but in the meantime, his fans can enjoy a fabulous new 2-CD anthology of the bass player’s work covering his Epic tenure. It’s called ‘The Definitive Collection’ and features key solo tracks from the ’70s and ’80s as well as his essential collaborations with the late George Duke. It’s released by Cherry Red/Robinsongs and is out now.