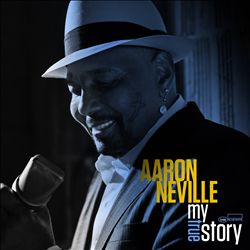 AARON MYERS is a contemporary US jazz vocalist/pianist. Born in Texas, he now resides in Washington DC where for the last five years he was the resident at the Capital’s famed Black Fox lounge. Myers is also currently the Minister of Music at Covenant Baptist UCC, he serves on the boards of several non profits in the community organizations and worked for Barack Obama on his election campaigns.

Busy man… sure, but Aaron still finds time to record and he’s currently putting the last touches to a new album. In the meantime, as a taster, he’s just released a great new single…’Stand Right’. Ostensibly it’s an ode to DC’s Metro system but listen carefully and you’ll hear much more than that. In essence it’s a wry comment on the fact that the nation’s politicians can’t agree on “trivial” matters like welfare and health care but they all agree that you need to stand right on the Metro escalators!

It’s delivered in classic lounge jazz style and the tongue-in-cheek humour will recall the very best of the sadly missed Oscar Brown Jr. The song was written for Myers by Oren Levine and there’ll be a number of the duo’s songs on the new album. The single is currently available via the usual downlaod sites and you can learn more @ www.aaron2.me,