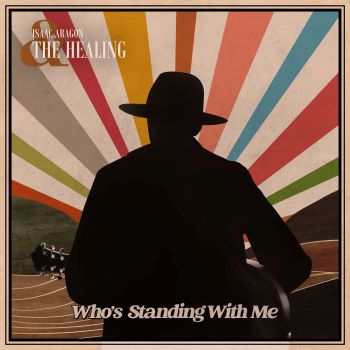 ISAAC ARAGON and his band THE HEALING are old friends of this web site. SJF was the first European media to highlight the craft of the Albuquerque-based singer/songwriter. On the back of our coverage, his still-lovely ‘Love Bless America’ became a soul chart hit and the subsequent ‘We The People’ followed the same trajectory. Both were fine examples of Aragon’s signature sound – gentle, heartfelt and poignant but with telling messages, echoing the artist’s mission statement to “Sing for LOVE … Fight for CHANGE and Stand for PEACE “.

Those three sentiments form the focus of Isaac’s latest single, ‘Who’s Standing With Me’ another seemingly gentle opus (wrapped in sweet strings)  but with an edge to the message. It comes with another big SJF recommendation  and, tellingly, it wins release on Martin Luther King Day – January 17th. There’s a full album on the way too.