STAND BY FOR TRACY … 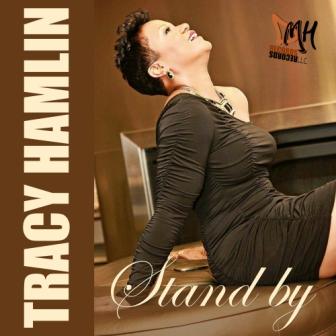 Baltimore’s TRACY HAMLIN won a core of soul support for her late 2013 album, ‘Home’. The ex Pieces Of a Dream singer has since enjoyed more success working with DJ Spen. She’s the vocalist on his cover of Sinnamon’s ‘Thanks To You’ which currently sits atop the influential Traxsource chart.

In her own right she’s just released a new single – a jazzy, soulful finger clicker of a tune called ‘Standby’. The song is ultra catchy and allows Ms H to show off he best soulful licks. The cut’s the leadoff single for her upcoming album to be released on her own DMH label (DMH are her mother’s initials – Dorothy Marie Hamlin). The album features a number of writing and production collaborators… including a certain Frank McComb