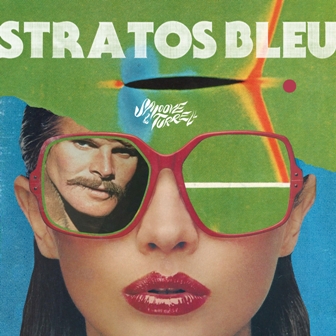 Last year Geordie collective SMOOVE AND TURRELL celebrated 10 years in the music biz with ‘Sold Brass’ – a compilation of their best bits alongside a couple of previously unissued cuts to work as a “bonus”. The album was well received and the twosome went into 2020 brim full of optimism, working on a new collection, which, of course, the pandemic has thrown into confusion… but we’re reliably informed that the set, ‘Stratos Bleu’ is now good to go.

Though ‘Stratos Bleu’ is a new album, like ‘Solid Brass’, it does look backwards. We’re told that the duo wanted to create “new” music that was constructed from the elements and influences that they grew up with and consequently evolved with as a band. It’s a sort of marriage of all kinds of everything…. soul, Northern soul, funk, house and electronica with added flourishes of sounds that could’ve come out of Chicago’s golden age of house music , Massive Attack’s hey day or  Daft Punk’s focus time. All that though is underpinned and given constancy by the drum heavy sound for which Smoove (and thus the collective) are famous. So, yes… plenty of nostalgia (not uncommon in uncertain times)… why, even the title has a whiff (no pun intended!) about it. John Turrell tells us that Stratos Bleu was his dad’s aftershave of choice… young John would liberally douse himself with it before going out clubbing or playing! The cover, too, is lovely slice of nostalgia.

What of the music though? Well, it’s what you’d except from S&T … and we’ve more or less summed it up in the previous paragraph. There’s plenty of electronic dance music … like ‘Do It’ and ‘It Ain’t Working’ while on ‘This Time’ the pair dip their toes into break beat. The smoother ‘Elgin Towers’ sound like a winner to us but the highlight is the drama laden ‘Talk About Nothing’. Despite looking back to their earlier days and influences this one shows that S&T are now fully grown… proper adult music, this one. Wonder what aftershave they use now though?