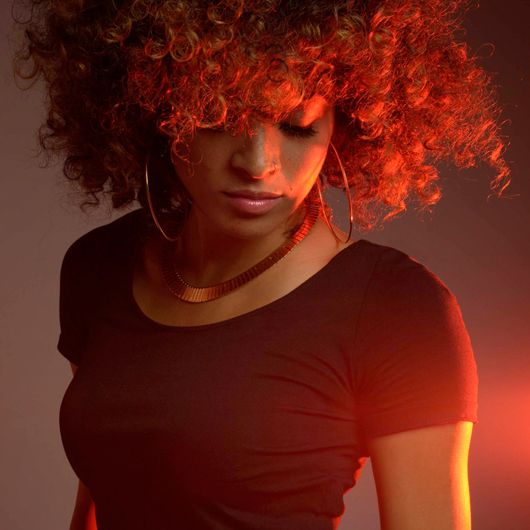 KANDACE SPRINGS is a 23-year-old musician from Nashville who seemingly has got it all – though she possesses alluring, drop-dead gorgeous, good looks she’s much more than a pretty face, as her distinctive, spellbinding voice and expert touch on the piano both attest. Courted by several US record companies when she was a teenager, she resisted the urge to sign a record contract  until just recently, when she put pen to paper with Blue Note, the legendary jazz label that’s been home for one of Kandace’s main inspirations, Norah Jones.

Though she was born and raised in country music’s capital, Kandace’s sound is an eminently soulful one flecked with tinges of jazz, pop, funk and blues. She’s performed with Prince (who was alerted to Kandace’s unique talent after hearing her superlative version of Sam Smith’s ‘Stay With Me’), recorded with Wu-Tang rapper, Ghostface Killer, and is currently in the UK opening for the jazz cat in a cap, Gregory Porter, on his British tour, which ends on April 28th.

Her keenly-anticipated debut album, ‘Soul Eyes,’ is set for release in July and features eleven tracks plus a noteworthy couple of cameos by jazz trumpeter, Terrence Blanchard. Among its highlights are the wonderful songs ‘Talk To Me’ and ‘Novocaine Heart,’ plus the dreamy title track, and a splendid cover of War’s ‘The World Is A Ghetto.’ Prepare to be impressed.