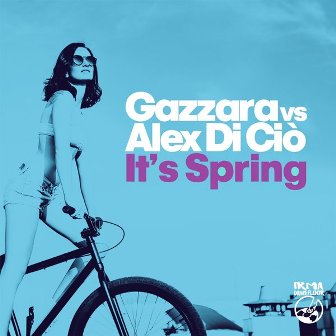 Billed as Gazzara vs Alex Di Ciò, the lead cut is a lovely shimmering soulful house confection, ‘It’s Not Over’ with the sweetest of vocals from Wendy D Lewis. It’s a classy cut that should attract the modern soul crowd as well as the more sedate house heads who’ll love the muted trumpet break.

The EP’s two other cuts are a tad more specialised. They’re clever instrumentals and both have considerable charm and atmosphere. ‘Jazid Wonderland’ is zippy and energized while ‘Spring Tango’ is a touch slower and even more mesmerising in the way that those great old Paul Hardcastle tunes were.

The ‘It’s Spring ‘EP is out now on IRMA Dancefloor