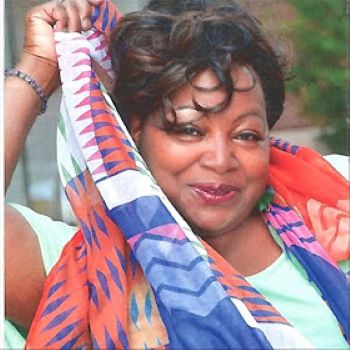 Sadly we don’t know too much about super soul singer SHIRLEY DIAMOND . He PR stuff suggests she’s from Atlanta and it shows a memorable CV. Mentored by Gladys Knight, Shirley  was sometime lead singer with Brick and she’s shared stages with people like Johnnie Taylor, Bobby Bland and Denise LaSalle.

She recently hooked up with Con-Funk-Shun’s Felton Pilate and the pair have  just released a super, old school gem – ‘You Don’t Know  (Who You Sleeping With)’. The tune is already winning plenty of plays and critical plaudits – and easy to hear why. It’s one of those soul cuts on which everything just seems to be right – above all Shirley’s sensuous but world-weary vocal. It even has some sweet spoken parts and in places reminds me of Shirley Brown’s ‘Woman To Woman’ – two great “Shirley songs”!

SHIRLEY DIAMOND’S ‘You Don’t Know  (Who You Sleeping With)’ is out now and come highly recommended!