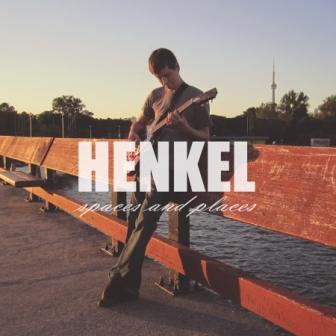 KEVIN HENKEL is a Toronto-based multi-instrumentalist who’s’ been making music for over a decade. He performs regularly in local jazz clubs and’ working for Partchbanks.com, he’s produced hundreds of short, library compositions – one of which was sampled by T I on his hit single ‘About The Money’.

In 2102 Kevin released his first full length solo album under the name “Henkel”. He played all the instruments on the album as well as writing and producing the whole set. He’s now followed up with a sophomore album… ‘Spaces and Places’.

The album is a gentle 12 track smooth jazz set that’s similar in soundcape to the stuff that Paul Hardcastle and Shakatak now specialise in. Nothing too demanding, laid back and soporific, some would call it ‘”Sunday Morning Music”!

Amongst the smoothness there is some variety with cuts like ‘Mocity’ (a tribute, I’m guessing, to the Motown sounds of the 70s) and ‘Thank You’ (where the flavour’s more Booker T and the MGs than smooth jazz)

Henkel’s ‘Spaces And Places’ is out now and you can learn more @ www.henkelmusic.com