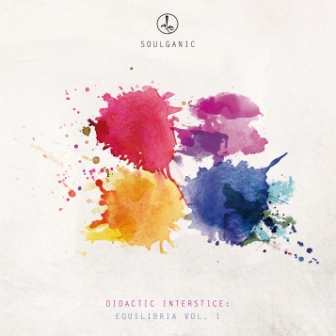 The title of the long player will tell you that this isn’t your average, colour by numbers soul and R&B album. The band tells us that the 16 tracker is built on the concept of space… “a collection of original songs that is sparse, earthy, organic and full of soul and emotion… that will challenge the audience’s perception of personal and social issues”.

They’re right. ‘Didactic Interstice’ isn’t an easy listen and it certainly offers a whole host of challenges. Most accessible tune on the album is the song the band chose as the lead single – ‘Singular Vibe’. It’s a laid back groove but with some blistering Isley Brothers guitar to it… kind of par for the course for the band. When you’re expecting things going one way, they go the other! Maybe think Maxwell meeting the Roots with a dash of Cody Chesnutt and sprinkle of Lenny Kravitz!

The thing that gives the album some sense of coherence is the lovely fragile, fractured falsetto of vocalist Rodriguez. It’s particularly pleasing on a tune called ‘The Gift’ which also offers some decent harmony work and a lovely horn solo …but like we said, it’s not your average cup of soul tea. If you’re up for the challenge you can find out more @ www.soulganic.com