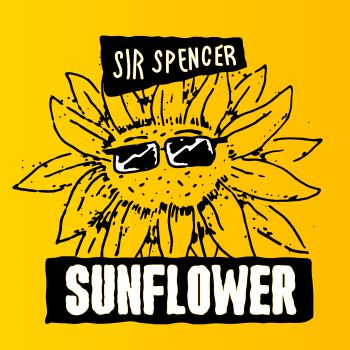 SIR SPENCER is the musical alter ego of Craig Sullivan who describes himself as “an independent musical mixologist”. He’s currently promoting his debut album imaginatively called ‘The First’. On it he offers “a varied sound palette ranging from 80s Funk, Blues Rock, Old-School R&B to EDM vibes”.

Check the flavours via a double A-sided single that pairs ‘Sunflower’ with ‘New Kind Of Lonely. The former is a contemporary, soulful groove which was co-produced by and features vocals from Jason Peterson DeLaire – a scion of the famous Minneapolis Peterson/DeLaire clan who regularly collaborated with Prince.

DeLaire is also co-producer of ‘New Kind Of Lonely’. This is a another captivating and insistent, blue-eyed  soul groove with feisty femme vocals from Chrissi Poland (sometime Nile Rodgers and Michael Bolton collaborator). The track also comes in a more electro-flavoured “4FT” Remix. We’re guessing that the original mix alongside the sweet ‘Sunflower’ are ones that will attract the savvy soul crowd. The single’s good to go now