SOULFUL AND FOR REEL! 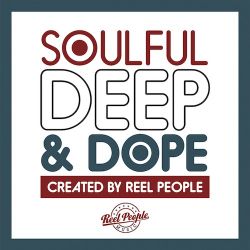 Mr L has chosen some of the tunes from his label’s own catalogue but to ensure the very best he’s also dipped into the vaults of companies like Night People, GoGo Music, Peppermint Jam and Rhemi Music

As is the norm these days the set comes in various formats. The digital version is made up of 29 tunes and is complimented with a 75 minute DJ mix by Reel People. There will also be a collectable Limited Edition 12 track CD version released.

Amidst the tracks are two mixes from mix man of the moment –Opolopo. They are the thumping ‘Let Me Do My Thing’ from Ferry Ultra which features input from soul diva Gwen McCrae and Urban Sound Lab’s rather more techno ‘Karma’. Recent club favourite, Rhemi’s ‘Diamond’ is included alongside Joey Negro’s mix of Portia Monique’s ‘Never Give You Up’.

Undoubted soul highlight is Cunnie Williams’ ‘Spirit’ – here in its MAW mix – a nine and half minute stunner!

‘Soulful, Deep & Dope (Created by Reel People)’ is out now!