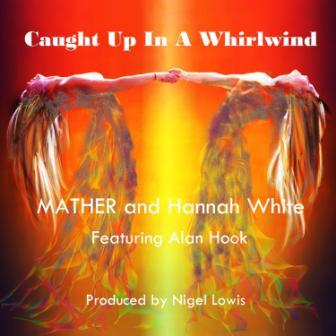 We all got to know and love UK session singer HANNAH WHITE back in 2016 when her two singles ‘Sunny Day’ and ‘That’s Love’ scaled all the credible UK soul charts. That was followed by the European flavoured ‘Roma’ – pop/soul at its very best.

Now Ms White offers more of the same with her latest release – ‘Caught Up In A Whirlwind’. The song was orignally recorded by Richard Stepp and had been a favourite of  UK soul hero, STUART MATHER and though Stuart had demo-ed the song he’d never gotten round to properly recording it. Enter the DSG Records team who know a good song when they hear one. They got Hannah to cover it and as a little extra they got Stuart to duet with her and it absolutely works – sweet, sweet Brit pop/soul. If you’re into the Soulutions sound, you’ll love this! The cut comes in three mixes – two dubbed “Soul City” mixes – similar but with different endings and one full on “Radio City” edit.

By bizarre coincidence Mather’s sometime music side kick (CHRIS) KINGDON has just issued a new single…. the catchy instrumental that is ‘Sweet Summer Love X’. Like his big tune ‘Cuba’ this one’s deceptively simple but it also reveals new depths with each play… plenty of cool vibes in there too…. properly summery just as the art work suggests!