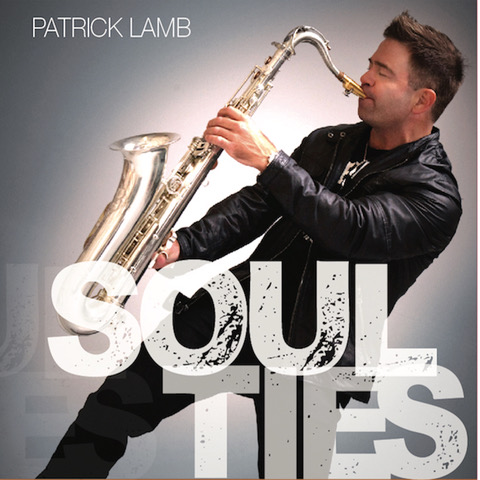 Stateside, Portland’s PATRICK LAMB is known as “the saxophonist to the stars’. His gritty playing has enhanced work (live and in the studio) by people like Gino Vannelli, Bobby Caldwell, Esperanza Spalding, Jeff Lorber Fusion, Tommy Thayer, Diane Schuur, Bobby Kimball, Alice Cooper, and Smokey Robinson. From time to time, though, he steps out on his own…. like right now…. to promote his new (fourth) solo album, ‘Soul Ties’.

With production input from Jeff Lorber, the 12 tracker will be probably be filed under “smooth jazz” but there’s not a lot that’s smooth here. The music on ‘Soul Ties’ is tough and gritty and Lamb’s attacking play is reminiscent of the great David Sanborn… hear that at its best on the funky opener ‘Beauty And The Beast’.

Soul folk who scour these albums for a vocal will be delighted to find the lovely ballad, ‘Whatever Happens’; they’ll be even more delighted when they learn that the vocalist is a certain Frank McComb – who does his very best Donny Hathaway! Patrick matches Donny’s soulful vocals with some searing sax lines. This is a quality track and the album highlight … mind you it would be a highlight on any soul album!