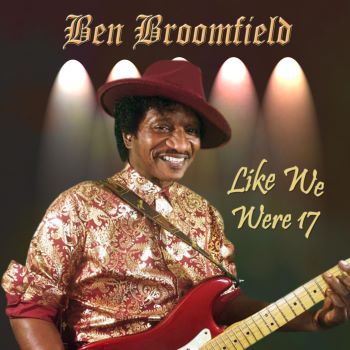 BEN BROOMFIELD is a proper soul survivor! Vocalist and guitarist Ben is the eldest brother of the  Miami Broomfield music clan, and some might know of his work with Eugene Wilde and La Voyage (the family band).

Some months back Ben was stricken by Covid and spent 21 days in a coma. It really was touch and go but now, thankfully, Ben has recovered and to celebrate he decided to make some new music – his first recording for 35 years!

His new song is a real celebratory affair, ‘Like We Were 17’. He says the song “is going to take you on a trip down memory lane to a time when you were young lovers, reminiscing of all the crazy times spent together and all the things you and your sweetheart would do then, but don’t have time to do now.” Written by brother Vince, it’s a happy, retro sound , full of fun and sure to warm hearts and get feet tapping. It’s out now … welcome back to the world, Ben!