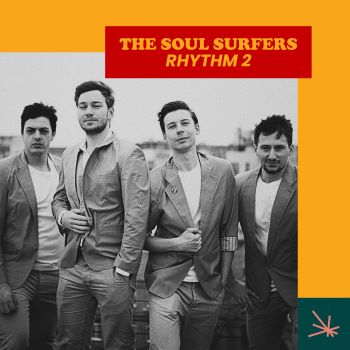 Golden Rules is a new (ish) European label whose aim is to release/curate a bi-weekly series of singles presenting some exclusive recordings from contemporary funk and soul artists. The long-term idea is to bundle the singles onto LP and tapes (yes!) on a regular basis.

Amongst the first Golden Rules releases is a single on Russian soul/funk quartet, THE SOUL SURFERS. The band has enjoyed a long career with three albums and twenty-three singles to their name. Most were released via Ubiquity Records and Funk Night. The band also work under various aliases like – Harris And His Christmas Avengers, Ho-Kats, Rhythm Cowboys, Sputnik-1, The Gospel Surfers, The Hi-Fidelity Lo-Fidelity’s, The Institute For Experimental Music And Sound Research.

The Surfers/Golden Rules single is a raw instrumental, ‘Rhythm-2’. It’s led off by a bizarre flute; the tune then develops into a sparse, spaced out instrumental. The Soul Surfers describe their sound as “raw funk and soul”. ‘Rhythm-2’ is raw for sure and there’s a funky and soulful undertow too. It’s an odd and insistent sound but one that grows on you. The release is part of the Golden Rules sampler.