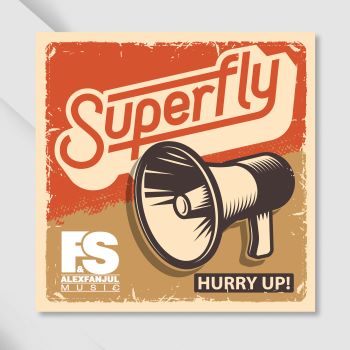 ALEX FANJUL (Alejandro Fanjul Garcia) is a guitarist, composer and music producer from Gijón, Spain. He began playing guitar when he was very young and later played bass for a band called Thebas. When the group disbanded two years later he left music returning to it in 2007 playing with several bands which were all short-lived.

As with a lot of people, COVID made Alex take stock and he decided to get back into his music and with the help of some musical friends he started to record again and the result is a trio of singles that have just become available.

First up there’s ‘Superfly’ (not the Curtis song!). This one’s busy and brash with some nifty horn solos and a vocal from Ivan Vaf. Second up is ‘The Cheater’ – not the Bob Kuban fave, rather a smooth jazz instrumental which showcases Fanjul’s guitar mastery alongside busy percussion and full-on brass. ‘Dance Into My Song’ is the third simultaneous single – a mix of smooth jazz with sweet soul and  femme vocals from Abia Garcia and Lia Marcos.