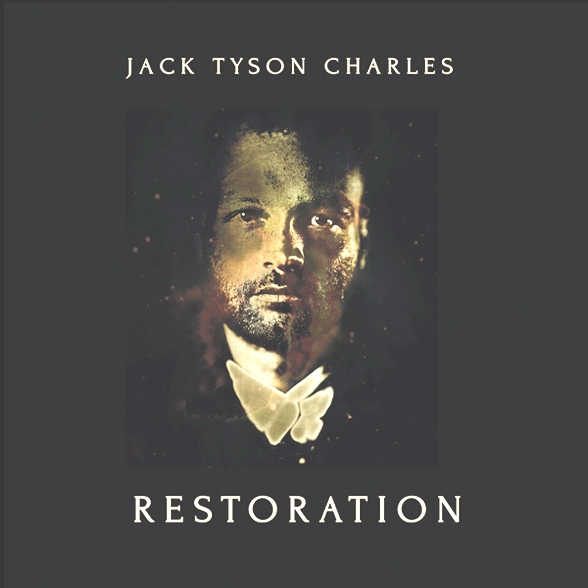 London based soul singer JACK TYSON CHARLES has been turning a few heads over the last 18 months or so. The son of venerable Scousers DJ/actor Craig Charles and acclaimed actress Cathy Tyson, Jack has worked with Lack of Afro and gigged at Glastonbury and at the On Blackheath festival. He’s also supported Shuggie Otis and Shalamar but right now he’s stepping out on his own with the release of a solo EP.

The mini album’s called ‘Restoration’ and it offers 5 tracks which, musically, are all bob on the contemporary UK soul vibe. What strikes you first though is Jack’s remarkable voice. It’s a unique instrument…. husky and tough and mature and world-weary for a comparatively young shaver!

Standout track, to these ears at any rate, is the melodic ‘Taking It Back’. It boasts a catchy melody, big chords and some fab old school backing vocals that give the cut just a whiff of those up-tempo 60s classics so beloved by his dad.

The EP’s title track has just a little nod to Northern soul too…. but it’s not a Northern tune. It’s totally contemporary. The other songs are ‘Time’, ‘Wouldn’t You Know’ and ‘Hustler’.

Jack calls his music “Epic Soul”… grab a listen and make up your own minds!

JACK TYSON CHARLES’ ‘Restoration’ was released on November 22nd and is available via Digital Download, CD and Limited Edition Vinyl on Tapjuice Records.