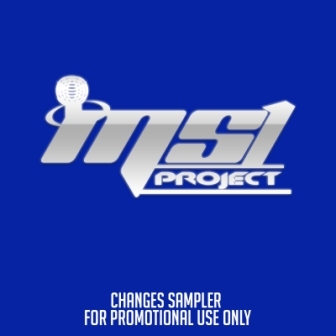 It was back in 2017 that we first heard and enjoyed MS1 PROJECT… two UK brothers … MIKE HARRISON (aka DJ Blue) and session musician GEORGE HARRISON. They had released two lovely singles that year – the light and refreshing ‘The Summer Song’ and the lovely old school flavoured ‘Sugar Me Sugar You’. We were promised an album but the boys then went on to work with Shaila Prospere on her ‘Rise’ winner.

Our sources tell us that the Project’s album is now due later this summer but in the meantime several sample tracks re doing the round and well worth investigating by all lovers of modern soul. Amongst the tunes is a new mix of ‘Sugar Me Sugar You’ which has a sort of Loose Ends feel to it. There’s also a great grumbling bass line (I’m guessing brother George) and a convincing soul vocal from US singer Jerome Vintage. The smouldering ballad, ‘Just Because’ (unaccredited femme vocalist) is also bass heavy while ‘World Tour’ is a sweet summer vibe … light and lovely. We’re looking forward to the album (at last!)