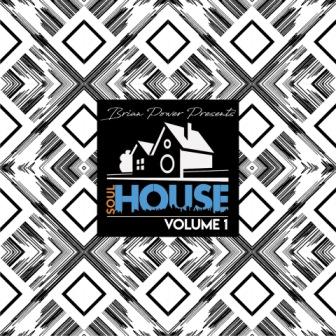 One of the big home-grown success stories of the last year or so has been the rise and rise of BRIAN POWER’S SOULHOUSE MUSIC label…and to celebrate in February the label will be releasing their first compilation album – ‘BRIAN POWER Presents SOULHOUSE Vol 1’.

The album will offer the best of the label’s singles output alongside 3 exclusives – new cuts from Marc Evans, Mike Delgado and Michelle John. The Marc Evans tune is ‘You Mean The World To Me’ – which comes from Marc’s forthcoming EP. The Delgado offering is the enigmatic sounding ‘Memoria De Roberto’ while Michelle John’s offering is a surging dance number, ‘You Win’.

Michelle was the runner up in last year’s ‘The Voice’ and ‘You Win’ is already getting a big thumbs up right across the soul and dance communities. She’s currently working on her own EP which is set for April release but we’re told that ‘You Win’ won’t be on it. It’s totally exclusive to the Soulhouse album. That album is double CD pack; CD 1 has 11 cuts while CD 2 is a Brian Power mastermix. It’ll be available from February 2nd.