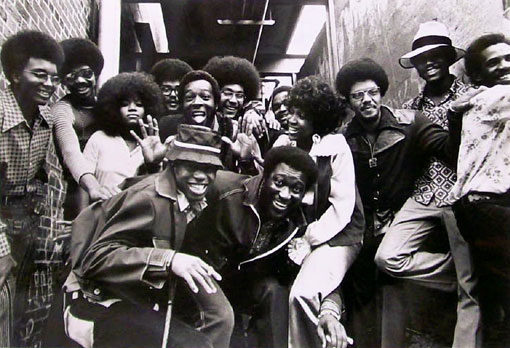 US sources are reporting the deaths of two soul music stalwarts. First, it’s been announced that GARY YOUNG – sometime member of NEW BIRTH (pictured above)- has died. It was in 1969 that his band, The Now Sound joined forces with instrumental outfit, the Nite Liters ad a female group. Mint Julep to form New Birth. New Birth debuted in 1970 with an eponymous LP on RCA; the next year they enjoyed a hit with their version of the Perry Como song, ‘Its Impossible’.

After several more complex personnel changes (at one time the band numbered 17), New Birth went on to enjoy several hits and an R&B number with their cover of Jerry Butler’s ‘Mr Dream Merchant’. The band line up was always fluid and after his time with New Birth, Young was a member of The Soul Gents.

Like Young, the second recent soul passing, KEITH HAINES, was never a major player but he’ll be remembered for his time as keyboardist and vocalist with the Dazz Band. He joined the group in 1996 and played on their albums ‘Here We Go Again’ and ‘Double Exposure’.