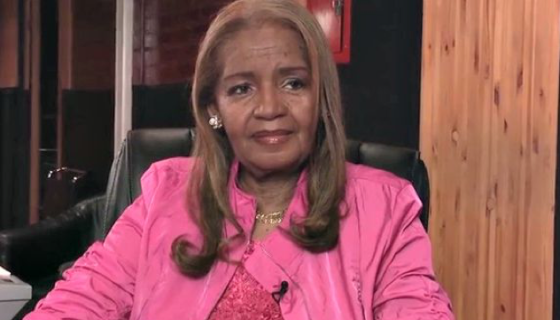 US media has recently reported on the deaths of a number of soul luminaries. First, we’ve learned of the passing of Motown producer and songwriter, SYLVIA MOY. Sylvia was 78 and died on Saturday 15th April of complications from pneumonia, following a stay in Detroit’s Harper University Hospital.

Born in Detroit on 1938, Sylvia studied jazz and classical music before becoming Motown’s first female producer and songwriter. Amongst the songs she worked on were ‘This Old Heart Of Mine (Is Weak For You)’, ‘Uptight (Everything’s Alright)’, ‘My Cherie Amour’, ‘I Was Made to Love Her’, ‘Never Had a Dream Come True’, ‘Angie Girl’, ‘Shoo-Be-Doo-Be-Doo-Da-Day’, ‘Forget Me Not’, ‘My Baby Loves Me’ and ‘It Takes Two’. Motown myth also suggests that it was Sylvia who persuaded Berry Gordy to re-sign Stevie Wonder (with whom she’d worked closely) after his voice had broken and Gordy was thinking of letting him go!

Sylvia was inducted into the Songwriters Hall of Fame in 2006.

Though details are sketchy, it’s also being reported that New Jersey musician, SCOTTY MILLER has died. Scotty was co-founder of INSTANT FUNK, best known for their dance anthem ‘I Got My Mind Made Up.’ Scotty founded the band (originally called Music Machine) with his brother Kim and Raymond Earl and they were eventually discovered by Bunny Sigler who helped them score a deal with Norman Harris’ Gold Mind label for whom they recorded ‘I Got My Mind Made Up.’ When Gold Mind folded, the record was re-released on Salsoul and became a huge hit. Instant Funk went on to work with people like The Manhattans, Lou Rawls, The O’Jays, Evelyn Champagne King and their mentor, Bunny Sigler.

The death of actress and gospel singer LINDA HOPKINS (aged 92) has also been confirmed. Born Melinda Helen Matthews in New Orleans, Linda was the daughter of a gospel minister and her talents were discovered and promoted by Mahalia Jackson who encouraged her to join the Southern Harp Spiritual Singers. In the 50s Linda “discovered” secular music and, encouraged by Johnny Otis, she adopted her stage name Linda Hopkins. She went on to record and perform jazz and blues and she also acted in numerous Broadway musicals and shows. Her only hit single was a duet with Jackie Wilson, ‘Shake A Hand’.

In 1977 Linda performed at President Jimmy Carter’s 1977 inaugural ball and in October 2005, she received a star on the Hollywood Walk of Fame for her acting achievements.