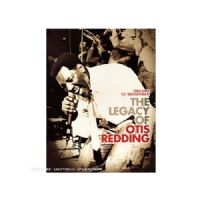 Soul music fans should keep their eyes peeled for a clutch of forthcoming DVDs dedicated to vintage soul artists. The 50th anniversary of the legendary STAX record label is marked by the release of a new 2-disc DVD entitled ‘Respect Yourself: The Stax Records Story.’ This is the same newly-commissioned two-hour documentary movie that was shown to critical acclaim at selected UK cinemas back in August and September. The film features rare archive footage of Otis Redding, Isaac Hayes, Booker T & The MGs, Wilson Pickett, The Staple Singers, Don Covay and The Emotions.

Another must-see DVD from Universal Music is ‘Dreams To Remember: The Legacy Of Otis Redding.’ Released to commemorate the 40th anniversary of Redding’s death, the documentary is the product of David Peck’s Reelin’ In The Years production company (also responsible for acclaimed DVDs focusing on TV performances by Marvin Gaye and The Temptations) and is packed with rare live footage of the raspy-throated soul man.

Stax fans should also check out the first official ISAAC HAYES in concert DVD, ‘Live At Montreux 2005,’ on Eagle Vision, containing versions of the deep-voiced singer’s hits ‘Theme From Shaft,’ ‘By The Time I Get To Phoenix’ and ‘Walk On By.’

Another resonant-voiced soul man is SOLOMON BURKE, who’s still wowing audiences in his seventies. Burke’s recent sojourn into country music is represented by the Snapper Music DVD ‘Live In Nashville,’ featuring cameos from country queens Emmylou Harris and Gillian Welch. The liner notes feature a recent interview with the so-called King of Rock’n’Soul.