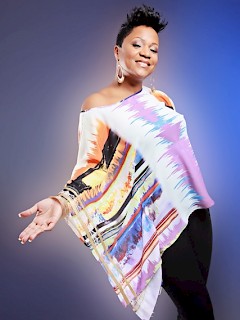 Proper soul connoisseurs know all about Baltimore’s TRACEY HAMLIN. For some years she was featured vocalist with smooth jazz/contemporary soul outfit Pieces of a Dream but in late 2013 she won loadsa friends in her own right with her jazzy long player, ‘Home’ which of course, featured a fab, swinging cover of Luther’s ‘Never Too Much’

Since then she’s enjoyed a successful collaboration with DJ Spen (remember their cover of Sinnamon’s ‘Thanks To You’?) and is now set to release a brand new long player. The album was heralded by the catchy ‘Standby’ which is now followed by a second single…. the even catchier ‘No Limits’. The original album version is a stately soulful strut while the Tom Glide “love mix’ is a little more subtle, lengthening the song and adding some insinuating brass stabs.