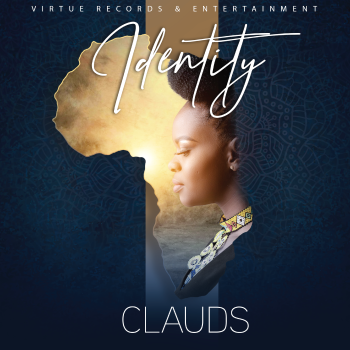 CLAUDS is the performing name of South African soul and jazz singer Claudina Muladelo Ramulondi. You can probably guess that Clauds began her singing career in church but having found inspiration in people like Jonathan Butler and Lalah Hathaway she decided to make secular music her career.

In 2019 she released her debut single… an Afro-centric flavoured ‘Shango Lashu’ – a musical prayer to God to make African leaders find solutions to the huge problems their countries are facing. The success of that single encouraged Clauds to work on a full album and the 13 tracker that is ‘Identity’ has just won release. The set boasts another big  Afro-centric tune ‘Zwonka’ which like ‘Shango Lashu’ is sung partly in Clauds’ native language, TshiVenda.

But there’s much more to ‘Identity’ than those two heartfelt cuts. The set boasts plenty of smooth soul and jazz, delivered, naturally, with a South African twist. The album’s title track opens proceedings and it’s a lovely bright and breezy modern soul groove while ‘Dance With Me’ speaks for itself. The seeming superficiality of a dance tune is balanced by other cuts that deal with things like self-identity and mental health issues.

Clauds’ ‘Identity’ is out now on Virtue Records and Entertainment.