SOUL FROM THE ARCHIVES… 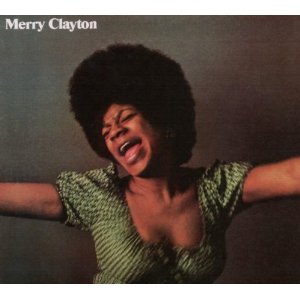 Soul fans should look out for a clutch of mouth watering new reissues and compilations. Those among our readers who are romantically inclined – and who are in need of ideas for Valentine’s Day gifts – should check out a new ROBERTA FLACK collection called ‘Love Songs.’ It features 18 evergreen performances from the North Carolina chanteuse, including classic duets with Donny Hathaway and Peabo Bryson.

Like Flack, singer MERRY CLAYTON – who has a more strident vocal style and used to be in the group Sisters Love – honed her singing in church. Out of print for many years, her two excellent early ’70s albums for Ode, ‘Gimme Shelter’ and ‘Merry Clayton,’ are reissued by the German-based Repertoire label.

Another soul singer with a distinctive voice was ESTHER PHILLIPS. After finding commercial success at Creed Taylor’s CTI label in the ’70s, she joined Mercury for a four-album stint. None of those albums have ever been reissued on CD – until now. David Nathan’s Soulmusic.com imprint has just reissued a couple of terrific ‘twofer’ sets comprising Philips’ late-’70s/early-’80s Mercury albums ‘You’ve Come A Long Way, Baby,’ ‘All About Esther,’ ‘Here’s Esther Are You Ready,’ and ‘Good Black Is Hard To Crack.’

Also look out for the first time reissue of ‘Ridin’ High,’ the album by cult Chicago group, FAZE-O. The title track is much sought after by disciples of Rare Groove. It’s reissued by UK label, Get On Down. So too are ‘Splashdown,’ a 1980 album by jazz-funk septet BREAKWATER plus the self-titled 1982 set by Washington DC boogie-funk outfit, KLEER (the group’s 1984 LP, ‘Khemistry’ is also reissued by Get On Down).

For those that are partial to jazz-tinged soul with an exotic, Caribbean twist then a couple of vintage albums by Virgin Islander JON LUCIEN should hit the spot. Both 1970’s ‘I Am Now’ – originally issued on RCA – and 1973’s classic ‘Rashida’ are reissued by Big Break Records.

Watch out for reviews of some of these titles soon at SJF.