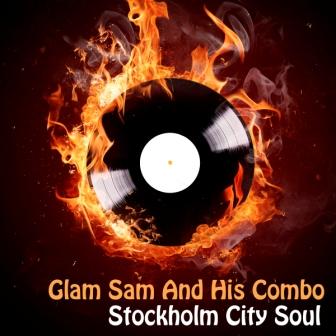 Back in 2009 (wow that long!) we told you all about one of Europe’s best kept soul secrets…. GLAM SAM AND HIS COMBO. Sam is the alter ego of Swedish muso MATS SAMUELSSON and with his Combo colleagues he was peddling some clever dance music that melded dance, lounge, jazz, funk and soul… and one of his tunes, ‘The Last Days Of Disco’ was big on several scenes.

Mr Sam and his boys have just released their latest long player – a swish ten tracker that offers the same infectious music cocktail. The album’s called ‘Stockholm City Soul’ and for very good reasons the team have ressurrected their anthem ‘The Last Days Of Disco’. Now they offer it in a seven minutes plus John Morales mix that should please the soulful house crew and the more broad mnded modern soulsters.

Other highlights include the Bobbi Humphrey’s styled ‘All Around Town’ , ‘Uptown Flow’ which digs back into the 80s for its inspiration, the Sugarhill Gang homage ‘Fly B Boys And B Girls’ and the jazzy ‘Keep On Movin’ Through The Bullshit And Pain” which features some sedate rhyming from Prop Dylan – shades of Guru here.

You’ll find all kinds of everything on ‘Stockholm City Soul’ and the usual internet search will allow investiagtion.