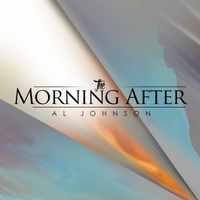 Most soul collectors have their own particular Holy Grail… a very special record that they know about (might even have heard) but just can’t get hold of. Maybe it’s long deleted, maybe only a very few copies were ever pressed or maybe it was never officially released in the first place. Whatever, proper soul seekers keep seeking – hoping that one day their lost treasure will turn up. For many such soul seekers that day might have just arrived.

For years now soul connoisseurs have known about a searing version of the Originals’ ‘Baby I’m For Real’ by the wonderful Al Johnson. Johnson, who sadly died in 2013, began his singing career with the Unifics but he’s best known for his duet with Jean Carne, ‘I’m Back For More’. In the 80s and then more recently Johnson cut a number of songs with producer/songwriter Derrick “Doc” Pearson and amongst the recordings was a legendary version of the Marvin Gaye penned tune.

For many, Johnson’s ‘Baby I’m For Real’ has been that aforementioned Holy Grail… and guess what? It’s just won official release. Doc Pearson has finally gotten round to getting the song onto disc…. it’s the centre piece of a new 6 track Al Johnson EP called ‘The Morning After’ , released on Luder Music. The question, of course, is does the cut live up to the underground hype? The answer is a resounding YES. Always a fabulous song, Pearson and Johnson retain all the doo-wop inflected harmonies, the jazzy undertow, the weaving saxophone and all the soul of the original. We’re told by UK soul entrepreneur Mike Ward that the original ran in at over seven minutes, but for now we’ll take this wonderful edited version.

Amongst the other tunes is a snappy ‘Good Love’ – a duet with sometime Chic singer, Sylver Logan Sharp, a laid-back ‘It’s Been Too Long’ and the romantic meander that is the EP’s title cut but ‘Baby I’m For Real’ remains the jewel in this soul crown.