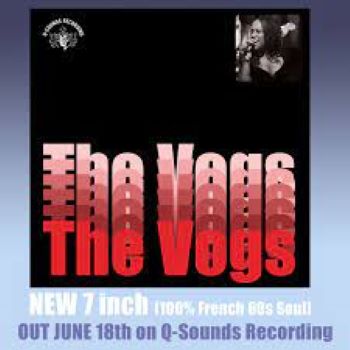 THE VOGS are a French soul and funk band who’ve been in the business since 2017. We think the core of the current line-up is Christelle Amoussou, Ludovic Bors and gospel-trained singer Nadia Hassani.

Over the past few years, the band have been through some changes even before we factor in the pandemic, but they’ve recently been back into the studio to record a single that couples two French language songs… ‘Cette Lettre Là’  and ‘Pour que tu ne m’oublies pas’. Roughly translated I think they mean ‘This letter, here’ and ‘So that you don’t forget me’. The former is an old 60s French pop hit, originally recorded by French star Sylvie Vartan  which now becomes a sultry soul workout which perfectly suits the European popcorn scene. The second song is a 70s throwback featuring menacing Hammond and soulful vocal.

We’re told the single is a limited edition 7”, so if French soul floats votre bateau, you may want to investigate! Out now via Q Sounds.