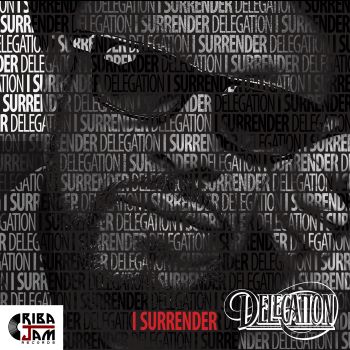 Soul folk of a certain vintage will have fond memories of UK band DELEGATION. They were formed back in 1975 and fronted by Rick(y) Bailey and working with Real Thing guru, Ken Gold, they enjoyed some moderate success with ‘The Promise Of Love’ and ‘Where Is The Love (We used To Know)’. In 1977, though, they had an international hit on their hands with the catchy, mid-temp ‘Oh Honey’. A couple of albums followed, and the band continued to work through the 80s and 90s with Bailey ever-present. In the new millennium, the group continued to work – using the moniker The Delegation Band. Then in 2014 they resurfaced just as “Delegation”. Still fronted by Rick, they won plenty of support with their superb Drizabone mixed modern soul single, ‘I Surrender’.

Now six years later that very tune is back with us in a sparkling, new 2020 version. This one has been fashioned by Rick and two of his Italian soul mates – Fabio and Massimo and with it’s insistent guitar riffs, swirling strings and catchy chorus hooks, this new tweak goes right back to the old Delegation sound and though someone once said that there’s no future in nostalgia(!), there’s a lot to be said, particularly in these weird times, to have the comfort of having a great old school sound coming right ‘atcha!

Welcome back Rick and his soul Delegation. With a 2021 album on the way, its looking good for them. In the meantime, ‘I Surrender 2020’ is good to go now!