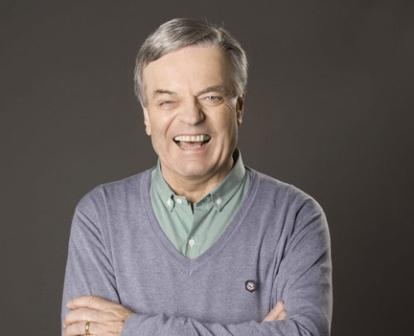 No matter what you think of TONY BLACKBURN, there’s no doubting he’s always been a soul boy at heart. Back in the day he was responsible for breaking some big soul hits – notably Diana Ross’ ‘Touch Me In The Morning’ and the Spinner’s ‘Ghetto Child’ and he now regularly presents soul-based shows on our air waves… and over the festive period he’s set to front three specially themed soul shows on BBC Radio 2.

Each show goes out between 12 pm and 2 pm and looks at the soul music associated with a particular American city. The first programme – broadcast on Monday 22nd. December – focuses on the gospel-tinged, horn-flavoured, soft soul of Chicago and will obviously feature music from people like the Dells, Curtis Mayfield, Jackie Wilson, the Impressions, the Chi-Lites, Fontella Bass and Jerry Butler as well as highlighting the work of labels like Chess and Brunswick.

The second show – to be aired on Tuesday 23rd. – December looks at the lush sounds of Philadelphia and we’re told to expect music from the O’Jays, the Spinners, the Stylistics, Harold Melvin & the Blue Notes, Patti LaBelle, McFadden & Whitehead and the Trammps.

The final programme – on air on Boxing Day – turns the spotlight on Detroit, a city defined, musically at least, by the mighty Motown but maybe the knowledgeable Tony might also feature music from some of the city’s lesser known labels.