SOUL AND FUNK REISSUES FROM HOLLAND 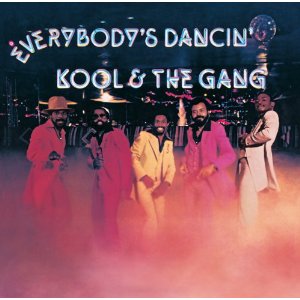 The Dutch-based reissue label, Vinyl-Masterpiece, has just released on CD for the first time three vintage soul albums – two are from KOOL & THE GANG, the other is a collectible rarity from HEAVEN & EARTH.

‘Force‘ and ‘Everybody’s Dancin’‘ were LPs released by KOOL & THE GANG in the late-’70s and reflected a period musically when the band was in transition (just before they entered their successful pop-crossover phase with the addition of vocalist James J.T. Taylor). Underrated and overlooked, they’ve never been reissued before and should be of huge interest for fans of the band and funk disciples.

Chicago funk and soul band, HEAVEN & EARTH, cut four albums for Mercury during the late-’70s and early ’80s. 1979’s ‘Fantasy‘ was arguably their best – it features sterling arrangements by Floyd Morris – and contains the classic brass-heavy dance floor monster, ‘I Feel A Groove Under My Feet’ as well the funk-fuelled groovathon ‘Poetry In A Box’ and the sweet soul ballad, ‘I’m In Love With Your Lady.’