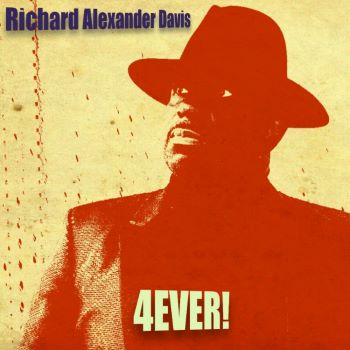 Veteran UK soul man RICHARD ALEXANDER DAVIS is a classically trained player/singer/song writer from a musical family – he’s the cousin of the late reggae star Sugar Minott. Way back he won the Melody Maker Battle of the Bands with his group Mixed Breed which was then followed by a residency in a Bournemouth club.

Richard stayed on the club circuit through the 80s but in the 90s he signed as a solo artist with Hysteria Records and he charted with ‘Don’t Stop Believing, Party On’ and ‘Deep Inside’. In 2008 he released a self-tilted album and his music went on to be featured on those much missed Soul Unsigned compilation.

Richard’s latest outing is a sweet and lovely, gentle dancer, ‘4Ever!’ which was produced by our old pal Don-E and between them they craft a quality piece of Brit soul, Mind you they should! Both have huge experience of the scene and they know how to deliver. This ‘4Ever!’ ticks all the right boxes! Out now!