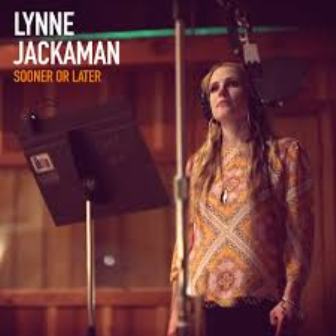 LYNNE JACKAMAN is a UK singer/songwriter with a penchant for Southern soul. She now works solo after a stint with the band, St Jude and it was her solo EP, ‘Supernasty’ that turned a few heads just 12 months ago.  We were told back then that a brace of the EPs’ tracks were from an “upcoming” EP… ‘One Shot’.

Well, these are strange times and that “upcoming” album is almost with us… better late than never! As a taster Ms J has just released the set’s first single… a chunky slab of southern soul, ‘Sooner Or Later’. That flavouring is hardly surprising… the track, like the whole LP, was recorded at the famous FAME studios in Muscle Shoals, Alabama and the track features plenty of top sessioneers- people like Spooner Oldham, Clayton Ivey, Bob Wray, Will McFarlane and The Muscle Shoals Horns while the punchy bvs come courtesy of the Shoals Sisters. We look forward to the ‘One Shot’ album… it’ll be here sooner or later!