SONGS FROM THE VAULT…. 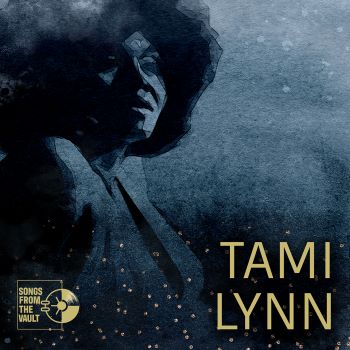 Lo-Flo Records is a US label set up by veteran songwriter JANE MCNEALY. Ms McNealy began playing the piano at the age of three and was regarded as a musical prodigy before starting her professional career in the 1960s. In the 60s and 70s her songs were recorded and/or perfomed by people like Sarah Vaughan, Petula Clarke and Mel Carter. From there she worked on film and TV scores as well as writing musicals with Alice Khuns. Last year she started Lo-Flo Records to make available her music archive and amongst the first releases was  a moody instrumental  1968 ‘This Can’t Be The End’ – a collaboration between McNealy, New Orleans soul and jazz icon HAROLD BATTISTE and his colleague MELVIN LASTIE.

Lo-Flo’s latest releases, like that one, will also interest serious soul collcetors as they feature TAMI LYNN.  Ms Lynn, who died last year, is something of a soul legend chiefly via her landmark ‘I’m Gonna Run Away From You’. After the tune became an underground Northern soul smash, it became a bona fide chart hit but Tami failed to capitalize on the success of the single and she drifted into session work – often working with Dr John. She was also backing vocalist on the Rolling Stones’ ‘Exile On Main Street’ LP.

We’re guessing that amongst her  sessions was work with Ms McNealy and the writer’s Lo-Flo has just issued three tracks as ‘Songs from the Vault: Reel #2’. The three songs are the stately ‘Make It Happen’, the piano-led ballad ‘Where Are You Now’ and the jazzier ‘One Day At A Time’. All three feature emotive vocals from Tami and show that there was much more to her than ‘I’m Gonna Run Away From You’.