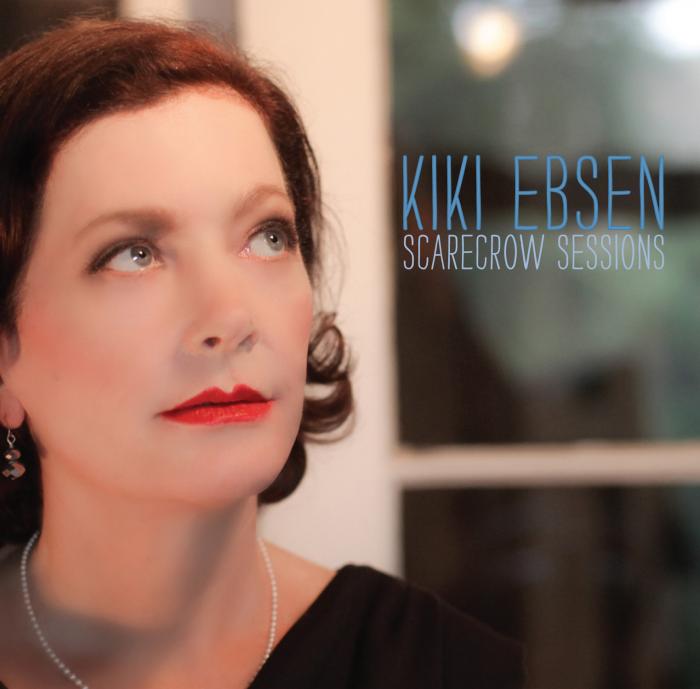 Singer/songwriter KIKI EBSEN is the daughter of movie and TV actor Buddy Ebsen. Probably best known for his role as Jed Clampett in the ‘Beverley Hillbillies’, Buddy was also a top tap dancer and a decent singer too. He was originally cast to play the Scarecrow in the iconic movie, ‘Wizard Of Oz’ but was, instead given the part of the Tin Man. Sadly, he suffered a toxic reaction to the metallic make up required for the part and had to leave the movie. Buddy did, though, go on to work on ‘Breakfast At Tiffanys’ and maybe lesser known films like ‘Captain January’ (with Shirley Temple) and ‘Banjo On My Knee’ (co-starring with Barbara Stanwyck).

When she was growing up with singing aspirations, Buddy constantly insisted to his daughter, Kiki, how important the Great American Songbook was and how working those kinds of songs would give her show biz career proper longevity. Now eleven years after Buddy’s death, Kiki has recorded the album that dad had insisted she make.

‘Scarecrow Sessions’ (released September 30th) is a set of standards – handpicked by Kiki, because most of them are associated with Buddy. There are versions of songs like ‘If I Only Had A Brain’, ‘Over The Rainbow’ (‘Wizard Of Oz’), ‘Moon River’ (‘Breakfast At Tiffanys’) and ‘At The Codfish Ball’ (‘Captain January’) along with new versions of standards like ‘Laura’, ‘Tea For Two’ and ‘You Don’t Know What Love Is’.

Perhaps the album’s most poignant song is ‘Missing You’. Buddy Ebsen was the song’s co-author and Kiki only discovered it when searching through her father’s old scripts and songbooks. Along with the intimate family portraits in the album booklet, it adds a real sense of connection to proceedings.

Helping Kiki deliver ‘Scarecrow Sessions’ is an A team of session players – people like Chuck Loeb, John Patitucci, Henry Hey and Clint De Ganon. Kiki says of the project, “We are losing the iconic talents many of us grew up with. By recording these songs, I hope not only to honour my father’s memory and his love of jazz, but to create a musical statement that is truly my own. I’m connecting my past to my present….”