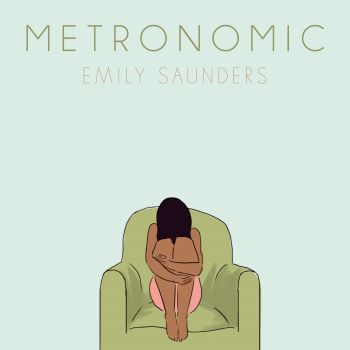 EMILY SAUNDERS is a London-based singer/songwriter whose last major release was the 2015 album ‘Outsiders Insiders’.  On it Emily showcased her ability to use her voice rhythmically in the manner of say, Flora Purim or Nina Simone drawing praise form people like Snowboy who dubbed her “the queen of Jazz Fusion.”

The album’s closing track was the lengthy and gentle ‘Metronomic’ … a slow, meditative pulsing groove with a textured vocal floating over acoustic bass and a Rhodes piano vibe. Emily has now re-edited and re-worked the song and will be releasing it on 8th March to celebrate International Women’s Day.

Emily says: “Writing this song marked a significant point in my life. I had been haunted by an abusive relationship, that while in the past, had defined my life by fear. The words were intended to be subtle, concealing what it was about, allowing a sense of anonymity. Expressing myself through this song I was able to close the door on a turbulent past.” However, ‘Metronomic’ is far from being bleak… it offers spirit and hope.

Accompanying the release of ‘Metronomic’ is a hard-hitting video animated by Sara Soncini and directed by Saunders. So poignant is the imagery and message, that The Circle (a charity founded by singer-songwriter and activist Annie Lennox as a force for change in the fight for equal rights and opportunities for women), placed it at the heart of a recent event to spark discussion and support for victims of gender-based violence.