SON OF MY FATHER 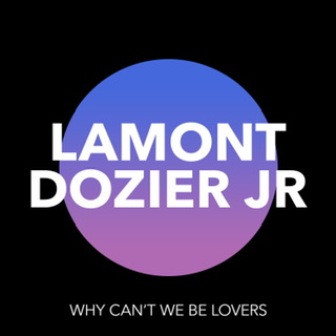 All self-respecting soul fans know all about LAMONT DOZIER. How many, though, know the work of his son…LAMONT DOZIER JR.

The young Lamont grew up with Motown, hanging out with people like Stevie Wonder, Smokey Robinson and Diana Ross… little wonder he took up a music career of his own. He’s worked as bandleader, club artist and a behind the scenes muso for people like The Temptations, Aretha Franklin, Dave Koz, Rick Braun and Gregg Karukas.

Lamont Jr now thinks the time is right to strike out on his own and to that end he’s working on an EP ‘Introducing…’ and as a taster he’s just released a single that pairs his reading of ‘Why Can’t We Be Lovers’ with a new song ‘I’m Gonna Take My Time.’ The former, of course, was a vehicle for his dad and Brian Holland during their Invictus days and Dozier Jr doesn’t stray too far from the original version. The original song, ‘I’m Gonna Take My Time’ is another mid—tempo item with a dreamy soundscape to it.

Lamont says of the release: “Even with me getting started as an artist later in my career, it made sense to honour and pay tribute to the incredible bodies of work and musical trails that my dad and uncle blazed for me and so many others. Sharing the original song is my way of keeping the legacy of great soul music going, because I’ve always felt to be a true artist you have to bring great new music to the people. This dual single release pays homage to the music that predicated me while allowing me to get in the spirit of where soul and R&B are today. “