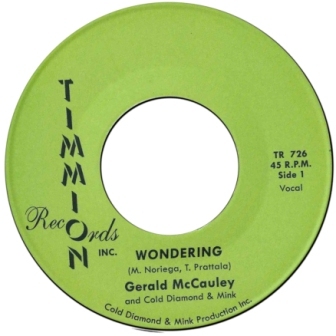 The US West Coast Lowrider music scene it seems is gaining momentum and one of its big tunes over over the last year or so has been Pratt and Moody’s ‘Lost, Lost, Lost’. A newish recording, the Scandinavian duo perfectly captured the essence of what down tempo Lowrider soul is all about.

DJ Mike Noriega was so impressed with the tune that he penned new lyrics and has gotten soul singer GERALD McCAULEY record it. Now called ‘Wondering’, it’s just been released on Finnish label Timmion on 7″ vinyl and it’s well worth investigating especially if you’re a fan of troubled, deep soul heartache balladry.