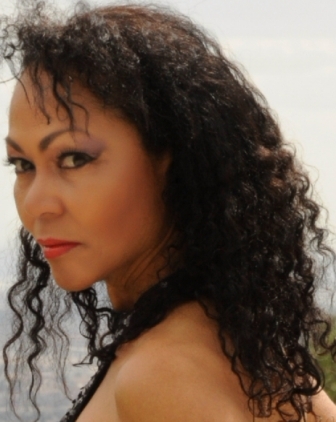 WANDA RAY WILLIS, like many modern performers, is a multi- tasker. Born in Bermuda but working out of Los Angeles, she has a BA in Music Theatre/Voice /Speech Communications/ Radio and Television. She also acts and she’s created children’s reading readiness programmes and works as a music tutor but first and foremost Wanda sees herself as a performer. She’s written and played in musicals about pioonering actor/singer Dorothy Dandridge, sang in various choirs and ensembles and played the club and cabaret circuit both in LA and her native Bermuda.

More importantly a couple of years back she released her own album… ‘Here I Am’ and right now she’s promoting a new single… ‘I Got To Be Strong’/’With You I Can See’. The putative A side features Conf Funk Shun’s Felton Pilate and is a big ballad delivered with a real soulful conviction. We’re told that Wanda uses the song as the finale to her music history show, ‘Music Through The Decades’ (the show feature her magician’s routine too…we said she is a multi-tasker!) and demand has led to the song’s single release. ‘With You I Can See’ is more up-tempo and might remind you of Natalie Cole’s ‘This Will Be’. The songs are available to download now.