SOMETHING JUST A LITTLE DIFFERENT … 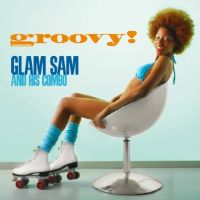 Seekers of the more esoteric forms of soul, jazz and funk will already know about German label LEMONGRASSMUSIC. The label, helmed by ROLAND VOSS, has an enviable reputation amongst discerning European clubbers and tracks from the label’s albums have become staples in the Ibizan chill-out zones. LEMONGRASSMUSIC is just becoming known in the UK and the USA via three new releases which between them show the range of the music which the label makes.
First up is ‘Palm Beach’ from WEATHERTUNES. It’s the perfect summer, jazz chillout album – languid and lazy yet still vibrant. It has echoes of BURT BACHARACH’S ‘At This Time’ -though it’s more varied. Highlights are the delightful electro-Brazilian tune ‘Sugar Loaf’ and the soporific ‘Sex Is The Place’. With KAY DEE on vocal, the song’s not as raunchy as the title suggests – more like ASTRUD GILBERTO for the 21st. century.
Different again is ‘Groovy’ from GLAM SAM AND HIS COMBO. GLAM SAM is the alter ego of Swedish muso MATS SAMUELSSON and his 15 tracker is a fun album that combines elements of dance, lounge, jazz and funk. In places it will remind you of Aussie combo COOKIN’ ON THREE BURNERS but elsewhere it’s totally different. Tracks like ‘The Concept Of Being Hip’ and ‘Dig The New Breed’ will delight broad-minded jazzers, while ‘Mind, Body And Soul’ is a tremendous mid-tempo modern soul jam that should set sophisticated feet tapping.
Third album in the new LEMONGRASS trio is ‘On The Road’ from FIVE SEASONS… essentially the solo project of DANIEL VOSS, brother of label boss ROLAND. The 13 tracker is warm and atmospheric and garnished with Latin flavourings. Tracks from the LP (notably ‘In Your Town’) have already been featured on Sony’s series of lounge and chill out collections.
For more details on these albums and more go to www.lemongrassmusic.de

Tags: SOMETHING JUST A LITTLE DIFFERENT ...