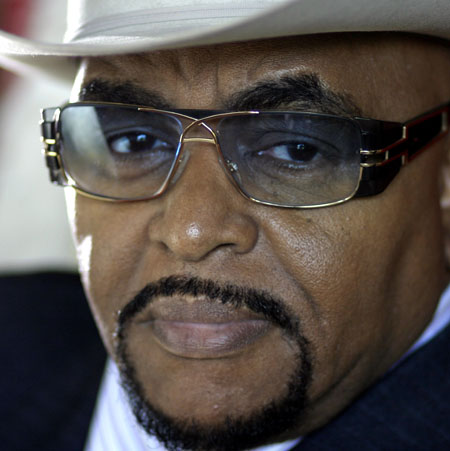 SOLOMON BURKE – universally acknowledged as one the greatest true soul singers – has died. It’s been reported and confirmed that BURKE died on October 10 at Schipol Airport, Amsterdam. He was flying to the Dutch city for a gig with Dutch band De Dijk with whom he’d recently recorded an album. It’s unclear whether the singer died on the plane or after landing, and no further information is available at present.

BURKE was born in Philadelphia in March, 1936 (some biographies suggest, unrealistically, 1940!) and he came to soul – like so many before and after – via the Church. He was ordained into his family’s church at an early age and was soon preaching and singing, eventually hosting his own gospel radio show. He signed to the Apollo label in the late 50s where he recorded gospel, but after pacting with Atlantic he soon embraced the devil’s music – crafting a unique soul style that melded gospel, pop and country and though his music was often surrounded by sophisticated, “uptown” arrangements (most notably when working with BERT BERNS) BURKE’S emotionally charged delivery was 60’s soul personified.

Throughout the 60s BURKE enjoyed a wealth of R&B chart successes – ‘Just Out Of Reach’, ‘Cry To Me’ and ‘Got To Get You Off My Mind’ amongst his very best – but unlike other Atlantic soul stars he failed to make any major pop breakthrough and after leaving Atlantic he recorded for a whole host of different labels eventually earning himself a niche as one of the last great soul men and becoming an in-demand live attraction, particularly in Europe. In 2002 his album ‘Don’t Give Up On Me’ earned him a Grammy and its combination of BURKE’S passionate delivery and songs from some leading contemporary writers (ELVIS COSTELLO, TOM WAITS etc) set the tone for his future releases.

SOLOMON BURKE was a big man in every sense. He had a huge appetite for life and his huge bonhomie enthused everyone around him. .. not the least his family; it’s said that BURKE had 21 children and 90 grandchildren. The self styled “King Of Rock And Soul” was a huge influence on all kinds of performers. In their early days THE ROLLING STONES always acknowledged their debt to the big man – they even covered his songs – ‘Cry To Me’, ‘If You Need Me’ and the classic ‘Everybody Needs Somebody To Love’. Ironically that song became better known to the general public via the coverage given to it by the cinematic band, THE BLUES BROTHERS – but even they admitted their debt to the “King”. Record biz guru, JERRY WEXLER once claimed that SOLOMON BURKE was “the best soul singer of all time“…. some might argue with the definitiveness of WEXLER’S assertion, but few would argue that SOLOMON BURKE was assuredly one of the very, very best.