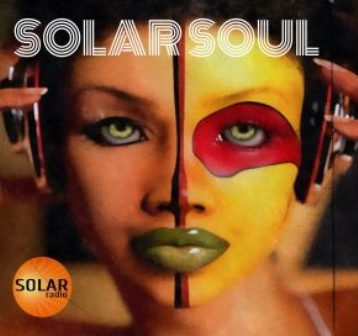 Most soul heads know that SOLAR RADIO is one of soul’s premier radio outlets and it has been for many years (and many to come!) However, I’m guessing that not too many know that the station also issues its own albums – in fairness not that often. In fact their last release was way back in 2001 when Solar switched to the Sky media platform!

To prove that quality always trumps quantity, Solar have just issued a second compilation album. The 15 tracker is imaginatively called ‘Solar Soul’ and it’s made up of tunes that have been popular on the station’s famed Sweet Rhythms Chart.

In the mix there are oldies, some new cuts and a smattering of well-chosen remixes and interestingly, almost everything is sourced from the UK proving that, soul-wise, we can easily match what our US cousins can do!

Most of the inclusions have been featured in the hallowed pages of SOULANDJAZZANDFUNK in the last year or so and amongst the highlights is a tune from Soulutions. The Newcastle duo have really taken the UK soul scene by storm and here their ‘I Got To Party’ is well worth its inclusion. The veteran side of the scene is represented by people like Reel People, Ray Hayden, Keni Stevens, Joey Negro and his Sunburst Band and Georgie B who always delivers with his Groove Association. His inclusion is the ultra optimistic ‘Feeling Happy’. One of the few US offerings comes from Randy Muller. His ‘Beautiful Feeling’ kicks this album off and here he sculpts a very different sound from his Brass Construction heyday.

SOLAR SOUL is out now and you can learn more @ www.solarradio.com