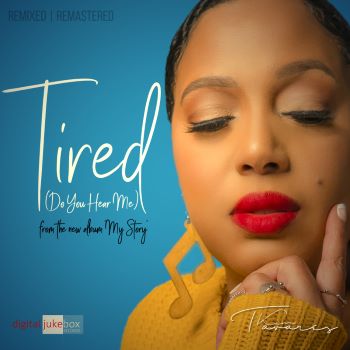 KIM TAVARES is a US soulstress  who also doubles as a long standing member of the Boston Police Department… where she’s affectionately known as “the Singing Policewoman”!

UK modern soul fans, though, will know her via her several hits that’s  she placed  on the UK soul charts over the last year or so and her latest record, ‘Tired (Did You Hear Me Now?)’ is all set to race up that chart too. It’s already found a spot on the “breakers” listing!

The song is a lush ballad that harks back to those big romantic soul tunes of the 70s and 80s and Kim’s performance betrays her love of artists like the Stylistics, Shalamar, Aretha, Anita Baker and Toni Braxton.

This ‘Tired (Did You Hear Me Now?)’might sound a little familiar to soul anoraks as it was originally a demo that was released without too much fuss back in 2021 when Kim was unsigned. The song caught a lot of attention then  and now the full version is out there for all to enjoy in a new polished format.