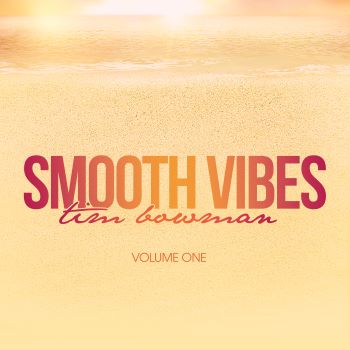 TIM BOWMAN is a US jazz guitarist who impressed with his 2017 album ‘Into The Blue’. Two cuts in particular captured the soul crowd and the radio programmers, ‘My Heart To You’ which featured Angela Johnson and the Stokley vocalised ‘All I Need Is Love’. The rest of that album was slick, smooth jazz guitar – the music owing something to both George Benson and Earl Klugh.

Tim’s latest album is ‘Smooth Vibes Vol. 1’ and, guess what? – the music does “what it says on the tin!”. From start to finish, the 10 tracker is slick and smooth. The opener, ‘A Table For Two’ engages straight away – the clear influence is George Benson circa ‘Breezin’. Most of the rest of the collection invokes the spirit of Earl Klugh. The album’s one vocal is a smooth soul ballad, ‘Yes, No And Yes’ with Tim’s long-time friend Howard Smith at the mic. The album’s other main guest is Kirk Whalum who’s there on a classic smooth jazz outing, ‘The Gift’.

We’re told that all the music here has been in Bowman’s vault for a while and the “volume 1” tag suggests that there’s more to come.