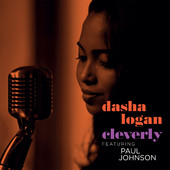 Working with just her first name, Dasha’s been a big draw all over Malaya since she took up singing in her mid teens and career highlight so far has been supporting Earth Wind And Fire at Singapore’s Rock and Roots Festival.

Clearly more highlights beckon as the soul crowd turn on to her debut single – the aforementioned ‘Cleverly’. The tune is an insistent, mid-tempo beater with a whiff of retro about it – but the cherry on little Dasha’s cake is the addition of a certain Paul Johnson on vocals. Dasha’s label, Area Boy Music, was sure the UK’s 2014 soul comeback boy could make a difference to the tune… and he does. And don’t take my word for it. Ralph Tee’s Expansion label has licensed the song and you don’t need me to tell you that they only deal in quality soul.

As you can imagine the song comes in a plethora of mixes – some more “dancified” than others, but the “clever” money (great pun, hey?) is on the Soul Talk extended remix making all the running.

CLEVERLY by DASHA feat. PAUL JOHNSON is out on October 13th.