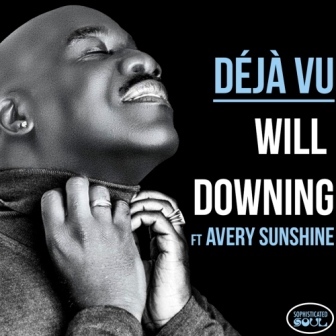 It’s a little under a year since WILL DOWNING issued his last album, ‘The Promise’ but now he makes a welcome return to the fray with the first of two EPs…both entitled ‘Romantique’. The idea with the mini albums is that Mr D will offer his tributes to the great romantic crooners who have gone before him…. people like Lou Rawls, Isaac Hayes, Barry White and Jon Lucien.

For starters, Will is treating us to his own version of an Isaac Hayes song, ‘Déjà Vu’ (originally recorded, of course, by Dionne Warwick). Will’s re-work is actually a duet with Avery Sunshine, inspired by a live recording of the song by Hayes AND Ms.W. In truth this new take doesn’t stray too far from the original concept… but it’s such a great song and Will’s honeyed voice is always worth a listen… little Ms Sunshine is top notch too!

Other songs on the two EPs (we believe) include ‘You’ll Never Find Another Love like Mine’, ‘Never Can Say Goodbye’ and Will’s own ‘If She Knew’.