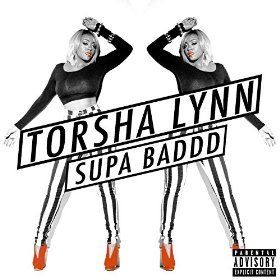 TORSHA LYNN is a new US R&B singer who’s just released her second album, ‘Inappropriate’. The lead single, ‘Supa Baddd, which Torsha described as “club banger”, made considerable waves Stateside and critics were impressed by its ability to marry contemporary R&B dance rhythms with a lyric that touches on self-confidence and female empowerment.

Much of the rest of the album follows a similar sound pattern – contemporary R&B with electronic, synthesised instrumentation and rap input from rhymesters like Big KRIT and Dria. Soul folk however might want to check out the long player’s best ballad – a building ‘Keep Me’ that borrows something from ‘Ain’t No Mountain High Enough’. Let’s hope Ms Lynn has credited Ashford and Simpson or those copyright lawyers are going to have another field day!